The listings below are non-affiliated with us

Looking For A Different Loan?

Warning: Late repayment can cause you serious money problems. For help, go to moneyadviceservice.org.uk.

Here at Money Pug, we know that life does not always go smoothly. We know that sometimes, financial necessity compels us to enter into expensive borrowing in order to meet our basic needs. Payday loans are a risky way to borrow, but if you really have no option, then they could be your last resort for getting money that you need – fast. Money Pug can help you to pick the best of a bad bunch – making sure that you are fully aware of what you are getting yourself into and are getting the best payday loan to meet your emergency needs.

Should I Get A Payday Loan?

The Dangers of Payday Loans

In spite of the fact that they seem speedy and convenient, taking out a Payday loan can be dangerous due to the extortionate interest rates, which could see you paying back double what you borrow. Sneaky terms and conditions mean that it can be easy for borrowers in a panic to be caught out. What is more, when you take out a payday loan, it will show up on your credit records and could make it more difficult to borrow in the future. It could also make it more difficult for you to purchase a home if you wish to do so in the future.

Those in financial difficulties may be tempted to take out more loans to cover previous loans that they cannot service. Do not ever do so. There is free advice available to help you get out of a debt crisis, and there may be things that you can do to save money and reduce outgoings, or increase income, in order to make ends meet. Do not panic. No matter how bad things seem, there is always a solution… that solution is very unlikely to involve a Payday lender.

Why Do People Take Out Payday Loans?

While, as mentioned above, Payday lenders should not be the first port of call, and should only ever, if at all, be viewed as a last resort, people will still choose to borrow in this way. Payday loans can seem attractive because they offer:

How Do I Get the Cheapest Payday Loan?

If you are in a financial mess and need to get out of a hole, Money Pug can help put you back in control, by helping you find the very best deal for your emergency payday loan. Compare today to make sure you are fully informed about all the options and what they involve before you commit to borrowing.

What Has Changed in the Payday Loans Market?

Of course, only a small proportion of that unsecured borrowing is in the form of pay day loans. More enticing credit card and overdraft deals in more recent years, along with a host of negative press surrounding payday loans, meant that, in the last few years, many payday loans direct lenders chose to leave the market and some collapsed. Low interest rates meant that borrowing was relatively cheap.

In 2011-2012, the payday loan market was worth, according to governmental figures, between £2.0 and £2.2 billion – a staggering rise from what was a figure of an estimated £900 million in 2008-2009. The rise of these products was accompanied by a significant rise in the number of people experiencing severe debt problems as a direct result of using these products. Payday loans were regulated in 2014 after intense negative press regarding these dangerous financial products, and the industry has declined from its pre 2014 peak. In 2015, a cap was introduced on the interest rates that can be charged on short term loans. However, people do still take out short term loans UK, with extortionately high interest rates.

Those resorting to payday loans, however, are those who do not really have much of a choice. Those with poor credit ratings or who have not yet had the chance to built up a credit record, are still ill served for emergencies by mainstream high street lenders. Regulators have tried to allow for non-profit credit unions to fulfil the needs of this group of people, but unfortunately, these lenders do not have the capacity to serve everyone in this situation.

There is not much evidence for a rise in illegal loan sharks to fulfil the needs of these people. However, the FCA has stated that some families desperate for money are being targeted by money lenders handing out cards at food banks or at school gates. Short term loans bad credit, and bad

credit payday loans cynically target those who have least. By saying that they have short term loans no credit check, they offer hope to those in need – but it comes at a heavy price. Those who are in a dire financial situation are being exploited by lenders offering instant payday loans without making clear exactly what they cost.

Most people who seek for payday loans, and would perhaps have fallen prey in the past are, it seems, now resorting to borrowing from closer to home – arranging loans from family or friends. 7% of UK adults are borrowing from relatives or friends, or had done so in the last year. When people borrow privately from those they know and trust, these are, arguably, the best short term loans. That is more than the reported 6% of the adult UK population who took out high-cost credit.

Payday lenders are still an option, however, and those in desperate straits are still resorting to this option. Some people are going to short term lenders with their family members acting as guarantors for the loans. Again, it is worth reiterating (and debt charities agree) that if you have another option, Payday loans are not the best idea.

Who Takes Out a Payday Loan?

The statistics show that people are more likely to take out a payday loan if they are aged between 25 and 30 years old, if they are single, and living in rented accommodation. Generally speaking, those resorting to such short term loans UK are on an income of under £1500 per month, and are either employed or looking for work. Taking out a high cost, short term loan is usually the resort for those who are having financial difficulties.

Half of those surveyed said they had taken out a payday loan to cover an unexpected increase in expenses or outgoings, while 19% said they had done so due to an unexpected decrease in income. 93% of those who said that their need was due to a shift in financial circumstances saw this change as temporary. Almost 60% said their short term loan was for something that they could not have done without, even though 24% of these people said that they would have gone without if a payday loan had not been available.

What Are Payday Loans Used For?

Payday loans were designed to pay for one-off, unforeseen expenses. Unfortunately, over half of those who have taken out a Payday loan have done so to cover recurring expenses such as their groceries, or their utility bills. 2% of those in the CMA survey admitted to taking out a Payday loan to pay off another one. This is why these short term, high cost loans can lead to spiralling debt crisis.

Where Do People Get Payday Loans?

How Much is Usually Borrowed Through Pay Day Loans?

The CMA has stated that the most common amount borrowed was £100, and the average loan size was £260. 75% of customers in their data took out multiple loans in one year, and the average customer took out six loans over a 12 month period. 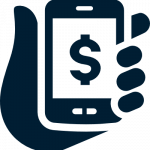 A Complete Guide to Banking Safety

How To Haggle Down Prices

How To Improve Your Credit Score

Is It a Good Idea to Withdraw Cash on Your Credit Card?

Lowest Cost Ways to Own Your Own Home

Should I Borrow Money? A Beginner's Guide To Responsible Borrowing

Should I Go With Visa or Mastercard?

Should I Switch To A More Ethical Bank Account?

Should You Pay Down Debts or Save Your Money?

The Ultimate Guide To Saving Money In Your Home

Your Guide To Dealing With A Debt Crisis