WE COMPARE THE LATEST IN

The listings below are non-affiliated with us

Even if you are not looking to change networks, switching to a sim only deal still might be the right move for you. If you are not bothered about changing or upgrading your handset then you could save a lot of money on your monthly bills. If you don’t switch to a sim only deal, your supplier might continue to charge you the same monthly fee as they did when you were paying for your handset – so you’d be paying extra for a new handset that you don’t actually want and won’t receive.

Sim only deals can be a cost-effective choice. Perhaps you have already saved up and bought a handset outright. Doing so can work out much cheaper than a standard phone contract in the long run, so more and more people are choosing to do just that. If you are one of them, or are looking into your options and considering joining the sim only brigade, then you have come to the right place. On this page, you will find all the sim only deals you need to compare offerings and find the right option for you.

With a sim only deal, your contract will include only minutes, texts and data for the monthly free. It will not include an actual phone. Since the handset is not included, these deals are great for those on a budget, as they cost a lot less than a standard mobile phone contract.

A sim card is a microchip that holds all the information on your phone, including the number of the mobile, the call plan, and contacts and other messages, photos or data that you store on your phone. Once a sim card has been activated, it is tied to a particular network, though not to a particular phone. This means that you can change handsets and still hold on to your old number and keep any personal items you have stored on your mobile and saved onto the Sim.

If you are out of contract with your existing network, you could consider changing to a sim only deal, with them or with another network. (If switching network, from 1st July 2019 you’ll be able to request your PAC code just by sending a text message to the network you are leaving.)

How Do I Change To a SIM Only Deal?
If you want to change to a SIM Only deal with your existing network, the first thing to do is check whether you are out of contract and have fulfilled your contractual obligations. The easiest way to check is simply to phone up your network and ask. Tell your network that you will like to switch to the SIM only deal that you’ve selected through using our comparison service. All being as it should be, you will then simply be transferred to your new SIM only deal 30 days after your current contract was due to end – easy as pie!
Want to Pay As You Go SIM-only Contract?
Pay as you go SIM-only deals could be a good choice if you have a poor credit rating and are rejected for a longer term contract phone deal. Pay as you go SIM only deals, which allow you to pay month by month, can also be a good choice if you want a very flexible arrangement. These monthly rolling arrangements can be good if you are on a tight budget – starting from not much more than £5 per month.
Who do we include in MoneyPugs Mobile Phone Comparison?
We include every UK Mobile phone provider. Which includes the latest mobile phones, and the best deals from all websites. 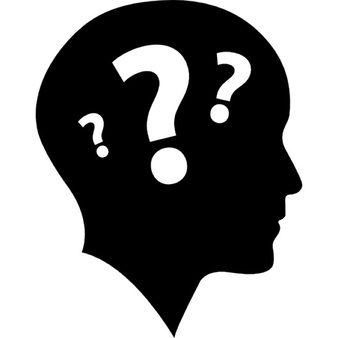 How To Improve Your Credit Score

How To Reuse, Recycle or Sell On Your Old Mobile Phone

Is a Refurbished Phone The Right Choice for Me?

Should I Borrow Money? A Beginner's Guide To Responsible Borrowing