The Latest News on 5G in the UK

WiFi is still faster than mobile in the UK. But all that could change with the introduction of 5G. The fastest 4G currently available in the UK is that offered by EE, with an average download speed of 28.9 Mbps, lower than the average WiFi download speed of 30.8 Mbps. Even as the 4G roll out continues across the UK, this is unlikely to change. But 5G could be a game-changer. 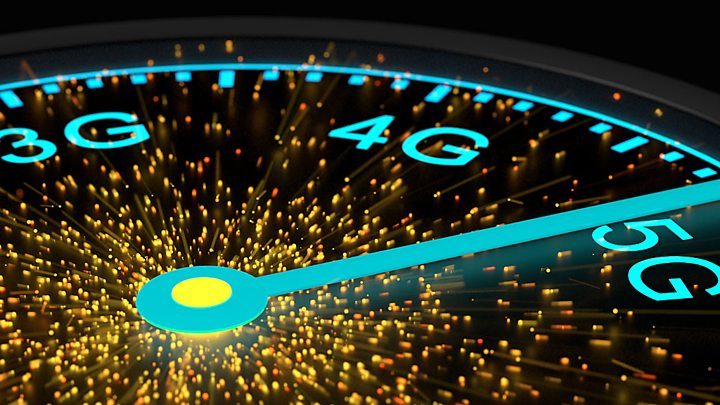 The pace of innovation in the mobile industry is faster than that in almost any other industry. While OfCom reports that WiFi will, on the whole, continue to co-exist with mobile, 5G could be enough of an upgrade that many users decide to ditch conventional home broadband and move to 5G Fixed Wireless Access (FWA). Other users may get serious speeds by combining a 4G or 5G signal with a WiFi one.

If you want to be one of the first people to enjoy 5G technology in the UK, you may be eagerly anticipating the arrival of one of the new devices enabled for this 5G service. The mobile network EE has partnered with OnePlus to be the first operator in the world to offer the OnePlus 5G smartphone. It is believed that this 5G enabled smartphone will be available in May or June 2019.

EE has recently announced that it will switch on 5G sites in 16 UK cities in 2019. The first cities to have 5G coverage will be London, Birmingham, Manchester, Cardiff, Edinburgh and Belfast. The network will also be introducing 5G to the busiest parts of 10 additional UK cities: Glasgow, Newcastle, Liverpool, Leeds, Hull, Sheffield, Nottingham, Leicester, Coventry and Bristol.

While OnePlus have ambitions to introduce the first 5G enabled smartphone in the UK, other companies are also intending to introduce 5G enabled mobiles next year. The Xiaomi Mi Mix 3 with 5G capability will, it is said, be landing in Europe in the first quarter of 2019, so UK customers may be able to get their hands on one. LG are also expected to introduce a 5G enabled smartphone in early-mid 2019, Huawei and ZTE may come out with their models later next year, and there is also Samsung’s new Galaxy S10, which may also come out next year with 5G capability.

How effective and swift the 5G roll out will be in the UK remains to be seen. Will the UK government be able to succeed in its goal of bringing 5G to the majority of the UK by 2027, or will the Brexit mire make it difficult to move forward to new mobile technologies?