Nokia’s newest upcoming release, a nostalgic hit ready to be released in stores on August 15th, is their 8110 banana phone – rebooted and ready to take on all of your basic handset needs. 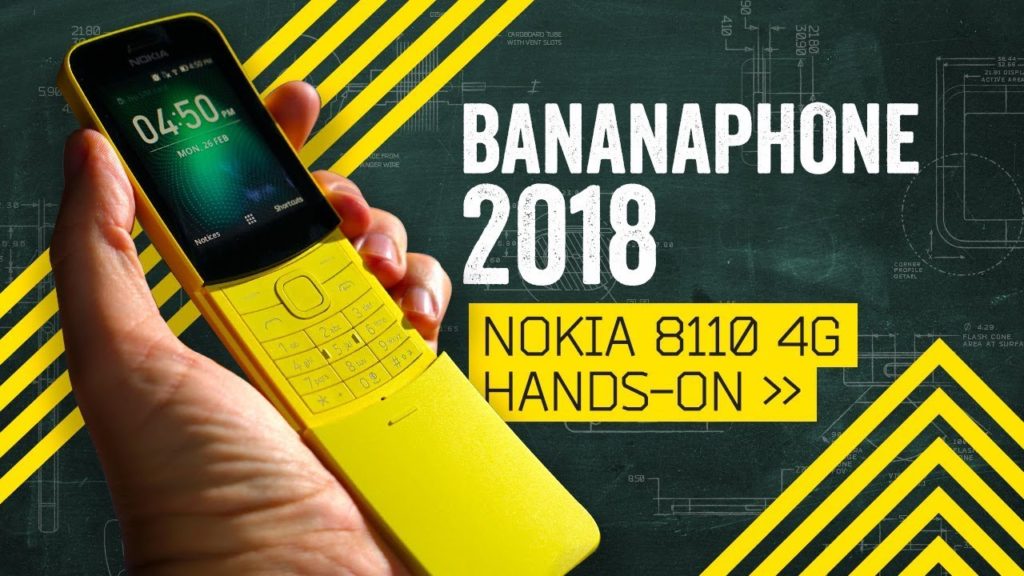 The phone itself is very similar to last year’s Nokia 3310, which is another of their 90s-feeling nostalgic phones. Though the 3310, which is a black version of the banana phone, is cheaper (around £45), the new 8810 yellow banana phone has 4G connectivity, a 2MP rear camera, and social media app support.

For a SIM-free phone that will cost you a measly £69.99, the most exciting and innovative thing about the banana phone is definitely the 5-day battery life. This is the perfect emergency phone for camping trips, festivals, and small events that take you out of the city for the weekend. While you could easily use this as your main mobile phone during these times, imagine having a phone stored in your bag that has 5 days of charge on it. If you happen across an emergency or you’re delayed and your smartphone dies, you’ll always have the banana phone as a back-up.

Nokia has confirmed that the banana phone could last up to 20 days on a single charge. Again, this is the perfect long weekend and emergency phone. Professionals who find themselves away for long periods of time on research studies or expeditions could also benefit.

A lover of the 90s, however, may very well want a banana phone just for old time’s sake. It’s a unique-looking phone that has many of the same basic applications that a modern smartphone does. It’s simply built for longevity, rather than keeping up with everything that mobiles are typically made for – which is, of course, why the price is so affordable.

The Nokia 8110 4G is available in both black and yellow, perfect for the individuals who prefer a unique but subtle mobile phone. This style of handset was made popular by the 90s sci-fi film “The Matrix”; if you recognise it, that would be why.
The phone, itself, can be purchased through several channels, including: Carphone Warehouse, EE, Vodafone, Amazon, O2, and many more.  It was available for pre-orders as of yesterday, August 9th, and will be available for general sale from the 15th, as we mentioned above.

Why buy the banana phone

Over a third of us still own a classic gadget from the 90s. We’re still fans of the music, of the vibe of the 90s life, and we keep a hold on many elements of that decade.

With such a fair price, much lower than standard new phone releases that we see throughout the year, it would be more difficult to decide not to buy the Nokia 8110. This rebooted mobile phone has everything a mobile user could typically need in an emergency and day-to-day, and considering that it’s SIM-free, well, that just makes it even more attractive as a quick purchase phone. Get yours on the 15th.